The Prevalence of Narratives 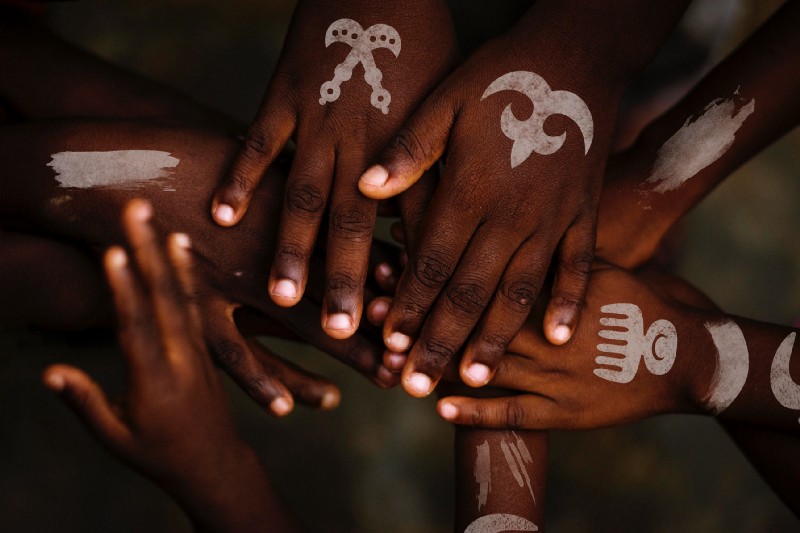 As a hobbyist storyteller and unhealthily rabid consumer of stories, it’s fair to say that I am interested in narratives.

Even though ‘narrative’ in my mind is almost the same as ‘story’, I feel like there is more to this word than just that. I don’t know what narrative means if it doesn’t mean story, but to me it has a sense of stories made of stories, sequentially or concurrently, discrete and continuous… and all those little stories that are weaved together or stacked on top of each other are what I think of as narratives. We can think of them otherwise as a group of events that are woven together into a sequence, with some kind of ultimate end point.

Once you start looking for them, there are narratives everywhere.

I’m not just interested in narratives for their entertainment value, their escapism into fantasy; I am also drawn by their power. They are an incredible learning tool. Would you prefer to memorise a long list of facts, or have those ideas presented to you in a way that you can internalise throughout the course of a story?

Studies show that people retain information more easily if it’s delivered to them as a narrative, even if only because most people enjoy stories and find data dull. And even when people do like data, they still love stories… We all hunger for them. Wait for them. Need them.

Narratives manipulate our emotional responses; they harness our humanity to present information to us and teach us lessons that (if well written enough) we will remember for the rest of our lives.

It’s not just a recent phenomenon either: I believe that centuries before I waited excitedly for the next episode of my favourite TV show, my ancestors were similarly excited for next week’s church sermon.

The Trickery of Fiction

This all might sound very positive, but it also poses a huge problem: stories aren’t true. At least, they don’t present an objective truth. They’re usually narrated from just one perspective, a biased viewpoint. Sometimes, they can even be intentionally untrue (stories with an unreliable narrator, for instance). They are like an honest lie. You are first told that you are being lied to before you consume a fictional story, but authors can be more or less honest depending on their personal style, and it’s so easy to get caught up in a story and forget that it’s not real.

On the other hand, there are also universal truths that can emerge from texts. From stories, we can often learn deeper insights about ourselves and the world around us. We can also learn that across time and cultures; some fundamental ideas don’t change, and we’re lucky to have narratives to remind us of them. Some of the ideas and messages behind narratives are so powerful that they can persist for thousands of years (i.e The Odyssey, religious texts). Some are so strong that they can change the world (i.e. the Communist Manifesto, the idea of the American Dream).

What’s more, fiction and reality blend all the time: it’s unlikely that characters in a story are completely fabricated. It’s more reasonable, for me at least, to assume that they are based on real people. Real people really exist though too, and this blending of fiction and reality can sometimes be dangerous. In writing The Sorrows of Young Werther, Goethe failed to sufficiently obscure his muse and the German people hounded her over it. They hated her for rejecting young Werther, who Goethe had based on himself.

Stories don’t only exist in books and films either — they are everywhere. The narratives elsewhere, however, aren’t as honestly signposted as fiction. Therefore, they can be even more dangerous because they are masquerading as truth.

Psychologists and top level marketers preach to advertisers that they should include narratives in their adverts, and so we get these long and expensive highly produced Christmas adverts designed to pull on the heart strings. Any emotion, it doesn’t matter which, will help the consumer remember the brand name.

Tabloid newspapers such as The Sun outsell broadsheet newspapers by a significant margin, but finding any objective data, clear facts or proper journalistic reporting in them is pretty much impossible. They are all opinion pieces, presented from the journalist’s personal perspectives and aimed at creating as much emotion as possible: terror, fear, excitement etc. They satiate the public’s lust for stories. That’s what sells. Even anger or disgust is a saleable emotion, and the tabloids are happy to exploit that.

They’ll write in an article about Pokemon Go with a little info box at the side that says the starter Pokemon are bulbasaur, charmander and rattata KNOWING what that will do to a person like me on purpose. (I mean think about it, there’s no way that’s an honest mistake, its either someone who knows Pokemon or someone who doesn’t and someone who doesn’t would not make that mistake, they know what they’re doing, I’m sure of it…)

And politicians tell stories. They compete to tell the most convincing stories.

To accept all this — that bad actors tell very convincing stories — troubles the mind, as it suggests that a lot of what we take to be ‘reality’ is in fact fake, or even worse, lies. We realise that it was all invented.

It also puts you in the fight, though, in the running — and there are stakes and rewards. In fact, decoding the mysteries of stories and constructing our own narratives is the closest we can get to the divine, gnosis, as the ancient mystery schools called it, azoth to the alchemists, fire to Prometheus. Prophecy and revealed knowledge. Arcane wisdom, The occult. Fame. Riches. Art. Immortality.

We can get closest to these things in fantasy worlds because there’s no data about that kind of stuff. But either way, I’m not going to sit here and watch the world burn thinking I’m superior to people who buy tabloid newspapers, when just with a pen I can be in this fight and tell my own tall tales. I think you if you enjoy writing then you should too, you’re doing God’s work, or the Devil’s, either way it’s worth it to have a shot at saving the world.

Right now I am telling you stories, weasel words, tall tales. It’s up to you what you do with them.