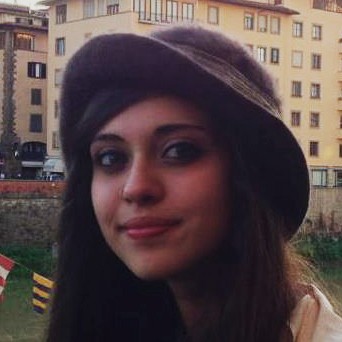 This is a sample exam answer for the GCSE / iGCSE Descriptive Writing question on the English Language exam. It will be useful for any student studying Descriptive, Narrative or Creative writing on the following exam boards: CIE (Cambridge), AQA, Edexcel, OCR, WJEC, at GCSE or A Level. It’s an answer to the following question:

"Describe a time and place, real or imaginary, when you felt trapped. Concentrate on your surroundings and your feelings at the time.”

Bear in mind that it’s not perfect! I wrote it out of timed conditions, so it’s longer than you’d want to aim for in an exam ideally. It also ended up being a bit narrative (more like a story), whereas the most perfect descriptive essays are always describing a time, place or person and transporting the reader there, rather than having a full plot progression. I hope you enjoy it and can pick up some useful tips and tricks!

When I was a young girl, I convinced my parents to go on a trip to Egypt. I’d been obsessed with it for years — the sandy mounds of desert stretching endlessly into the distance, the languid, haughty camels that sneered at you snobbishly with sideways glances, the food and music and scrawling indecipherable hieroglyphs. But most of all, I was captivated by the ancients.

Seeing the pyramids for the first time was like a waking dream. They were so familiar from pictures, but nothing prepared me for their size; the way they towered over you, tapering loftily to a point that seemed so sharp it could pierce the sky. They cast shadows; huge triangles of shadows, over the dusty ground. Stepping into one of the shadows instantly turned your face and your hands to ashen grey. A chill washed over you, so different from the blazing heat of the Sahara, and a shiver ran down your spine.

Standing in the darkness of those shadows, I remembered suddenly — with a sickness in my stomach — how the pyramids had been built: Slaves. It had taken two decades, according to Herodotus. Twenty long years of slaves in rags, emaciated, sweating, whipped viciously as they dragged heavy blocks of stone higher and higher up the tomb. For, though it’s easy forget, they are tombs; giant resting places for the dead pharaohs and all their worldly wealth.

A crumbling mound — offset from the main cluster of pyramids — caught my gaze. I scrambled over to it, pushing my way through throngs of tourists and spitting camels with tinkling bells. Rippling softly in the desert haze, the Sphinx sat serenely on his pedestal. His leonine body, a mound of fossilised limestone, had eroded away to almost nothing. But his human face was roughly intact: I could make out the hint of an eyebrow (raised quizzically) and an eye that seemed to stare straight at me. Three thousand years. So long, I thought, to sit there, staring out into the same flat, bare landscape. So long, to endure the searing sun and freezing nights and winds that whipped up sandstorms. What was he guarding? Was he there to keep us out of the pyramids — or to keep something else in?

“Darling, what are you doing all the way over here?” My mother had caught up with me. She was panting slightly and leaning against the Sphinx’s paw: she didn’t do well in the sun. She was wearing oversized robes of Egyptian cotton that she’d bought earlier in the markets at an extortionate price. I saw myself reflected in the pair of huge Dior shades that, along with her mouth’s thin grimace, made her look like a giant bug. “Your father and I have been looking for you everywhere. He’s managed to get tickets for the pyramids, at an awfully good bargain I might add.”

Before I had chance to wonder what ‘tickets for the pyramids’ could possibly mean, given that we were already there, she grabbed my hand firmly and with a quick “Let’s go”, pulled me back through the crowds.

We met my father halfway down the line of a huge queue. It was easy to spot him in the masses: he was the tall, thin, pasty man in khaki cargo shorts with a million gadgets swinging wildly round his neck: binoculars, pens, keys, reading glasses, laminated map, money bag, some kind of ankh he’d picked up from god knows where. We sidled in next to him, surreptitiously ignoring the pointed glares of others. There was a baby screaming behind us; a young couple arguing in front: the heat made everyone mad.

“Lottie!” he beamed over the clamour, “I’ve sorted us out a little treat — we’re going inside!”

Progress was slow. It felt like we’d been queuing for centuries. The heat made everything worse. The baby wouldn’t stop screaming. My father’s chipper manner — the way in which he hummed tunelessly to himself, poring over the map — only served to make my mother more irritable; she was fanning herself with a brochure, sweating like crazy, and I wondered if she was about to melt into her robes and disappear in a puddle.

Finally, we got to the entrance of the tomb. A small dark square cut out of the rock, it wasn’t as grand as I’d thought it would be. “Yallah, Yallah!” a tour guide shouted, urging us to hurry on into the tunnel. Slowly, we shuffled downwards, deeper and deeper with the white walls growing greyer as the sunlight faded. We were rows of souls, moving two by two, packed in so tightly, there was no chance of turning back. Dante’s words floated through my mind: “Lasciate ogne speranza, voi ch’intrate”: abandon all hope.

Inexplicably, the further we went, the hotter it became. Only it wasn’t the heat of the desert; it was an earthy heat, how I would imagine it feels to be inside a cauldron, or a volcano.

I tried to scan the walls of the tunnel for the carvings I’d seen in picture books. There were murals all over them once, depicting the stories of ancient pharaohs. But there was nothing left. Thousands of hands and bags, scraping softly across the rock as tourists trudged past, had worn them completely away. The chambers themselves were the same. Over the years, raiders and archaeologists had made light work of the treasures — the gold, sculptures, jewellery and trinkets — so that when we entered the first tomb, packing tightly into the dark and straining to see, we found nothing but blankness. Blankness and annihilating heat.

As we continued further through the tunnel, a damp, mouldy odour drifted towards us. Halfway to the next chamber we met another tour group on their way back out. They seemed panicked; their hands grasped at us and they barged past, desperate to get back into the light. I could make out their faces in the half-light; flushed, twisted into expressions of pain and shock. They made huge gulping sounds as they gasped for air, like fish washed up on land. I’d had enough. Slipping quickly between them, I shifted into their group and allowed the pressure of their movement forwards to propel me back out into the open air.

As the sun hit my face it was almost blinding; when my eyes adjusted I was grateful to find myself back again amidst the bustling hoards and camels.